All of the listings displayed on this website may not be listed by eXp Realty. Information deemed reliable but not guaranteed. The supplied Knoxville real estate IDX portal allows you to search for Knoxville homes, land, real estate, and other properties for sale in the Greater Knoxville area that are listed in the Knoxville MLS. The data relating to real estate on this website comes in part from the Broker Reciprocity/IDX (Internet Data Exchange) Program of the Knoxville Area Association of REALTORS® MLS (Multiple Listing Service, Inc). Not all IDX listings from the Knoxville MLS are currently under the brokerage of eXp Realty. Data received from other IDX Participants is deemed reliable but not guaranteed.

Have a Question or Want a Free Market Report?

Included below are homes for sale in Oak Ridge. If you would like more information on any of these Oak Ridge real estate listings, just click the "Request More Information" button when viewing the details of that property. We can provide you with disclosures, past sales history, dates and prices of homes recently sold nearby, and more.

And, if you haven't already, be sure to register for a free account so that you can receive email alerts whenever new Oak Ridge listings come on the market.

Oak Ridge TN, often referred to as "The Secret City" is one of the Greater Knoxville's premier communities.  Know for it's quaint hometown feel, this city has a fascinating history and back story.

Oak Ridge was developed in 1942 by the US government, under a cloak of complete and total secrecy.  It was wartime, World War II to be precise, and the US was hard at work producing the world's first atomic weapons.   While Oak Ridge was originally built as a temporary military city,  a hidden secret site for the Manhattan Project, Oak Ridge not only survived but thrived after the war ended.  In 1959, residents overwhelmingly voted to incorporate and become an independent city.

Today Oak Ridge is the 29th largest city in TN with an estimated population of just over 29,000 according to a 2018 census.  Just like its history, science and scientific discovery are embedded deep into the core roots of Oak Ridge.  Oak Ridge is home of the Oak Ridge National Laboratory, one of the US's 17 National Laboratories.  Currently, some of the big focuses of study and research at ORNL are supercomputing, the Spallation Neutron Source, fuel cell power-up, and deep space travel, just to name a few. 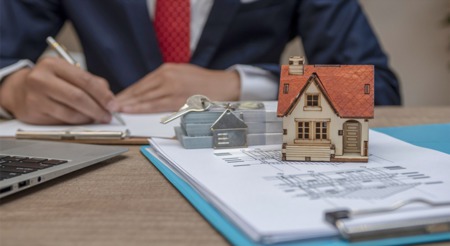